Getting started with setting up your Organisation in AlexisHR

Written by Max Magnusson
Updated over a week ago

This article helps you with the steps and tasks during the first phase of your implementation. If you at any point have any questions, remember we are available in the chat down to the right!

NOTE: Some of the articles linked below may require you to log in to Alexis before seeing them.

How to use Cost centers in AlexisHR

Cost centers are not used by everyone. So if you don't need it, you can skip to the next section here.

Cost centers in Alexis are used to keep track of who belongs to what cost center. An employee can only be part of one cost center so the reason for using these may differ. Some people have this to remind employees of what cost center they should submit their receipts to, others use it to be able to match exported reports from Alexis to external BI/Payroll systems.

You can read more about setting up Cost centers here

How to use Departments in AlexisHR

Departments in AlexisHR is one of the main ways to keep your employees organized. For some companies this is obvious, for others it may be a challenge to adapt your structure in this manner. In any case it is good to know the features connected to departments and to see some examples of how this can be used.

What departments are used for

In Alexis departments are used for mainly 2 things: having people organized in an easy to understand system and for automation. Departments in Alexis doesn't have to follow the exact system used by the organization to structure work, but rather to logically explain belonging. When you create reports, filter out lists of employees or want to see graphs departments can be used to quickly get the information you want.

When it comes to automation you can set up so called Scopes to automatically assign time off policies, profile templates or cost centers etcetera.

Our general recommendation is to not overthink departments and instead iterate on the setup to quickly see and test features connected to it.

An employee can only belong to one department.

The structure of departments

Departments are linked via a top-down structure. When creating a new department you can put it in a tree via the "Parent department"-dropdown. By doing so a department is set as a subdepartment. There is no limits to this, so you can build as long or as short trees as you see fit. 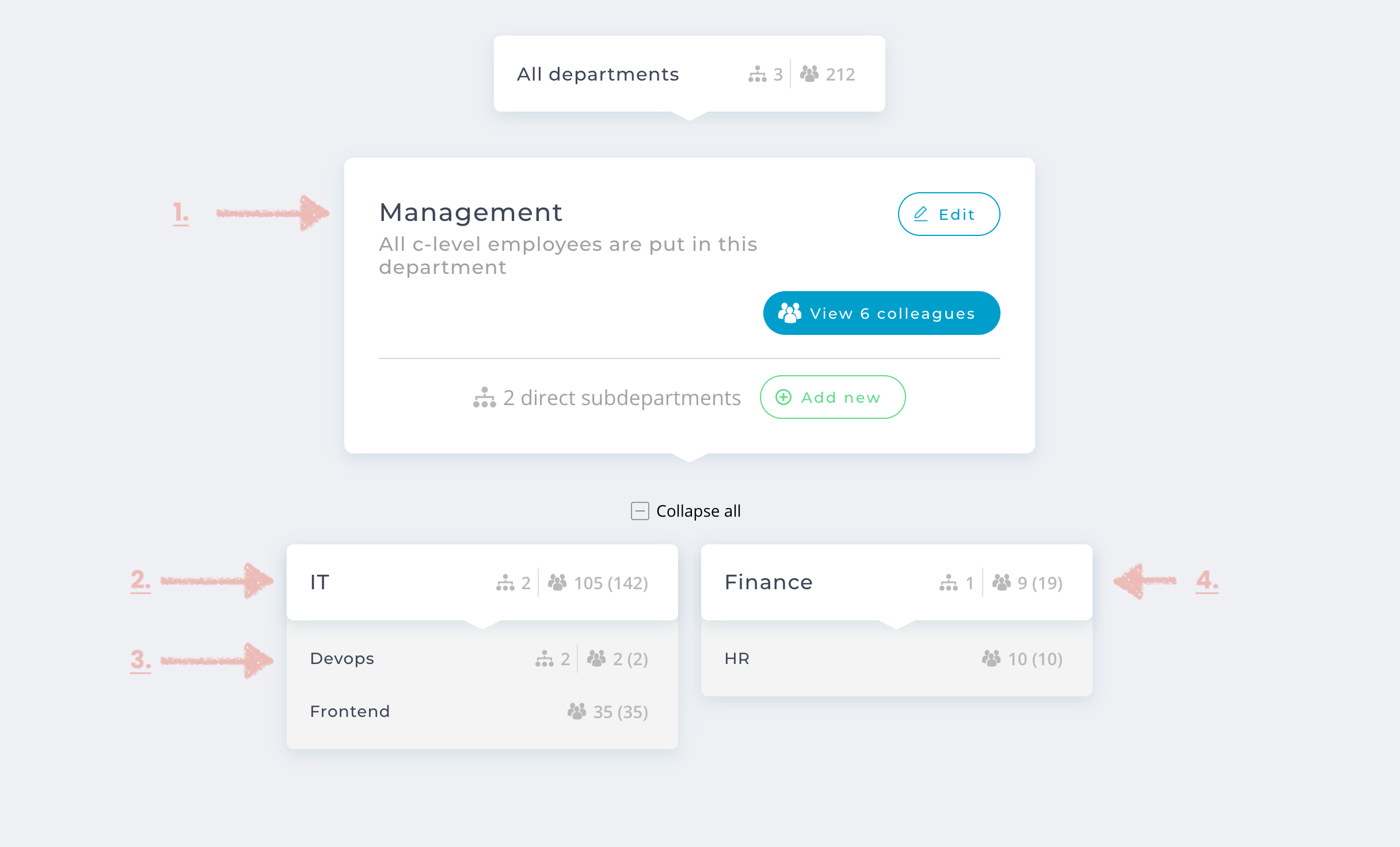 You can read more about setting up Teams here
Did this answer your question?